Carbon microcoil has a spring shape and is made from carbon. CMC does not exist naturally; CMC can be synthesized by CVD method.

"carbon microcoil" is so called because the diameter of each coil of CMC is around a micrometer. There are also carbon coils which diameter is less than 1 micrometer, which are usually called as"carbon nanocoil". For simplicity here, we call these microcoils and nanocoils together as carbon microcoils.

The conductivity of a single CMC will be worse than a single CNT, but the bulk conductivity is better than CNT. Because CMC has a spring structure and the conductivity changes due to its expansion and contraction, CMC can be used as the material of stress sensor. CMC radio wave

CMC is known as a good radio wave absorbent, particularly at higher frequencies (1GHz-100GHz). The stealth effect of the electromagnetic waves is due to its spiral coil shape, which is just equivalent to a inductance coil.

Because the major crystalline structure of CMC is amorphous, a CMC contains a large quantity of active sites on its surfaces, so that others molecules or nanoparticles are easily supported on the surfaces. 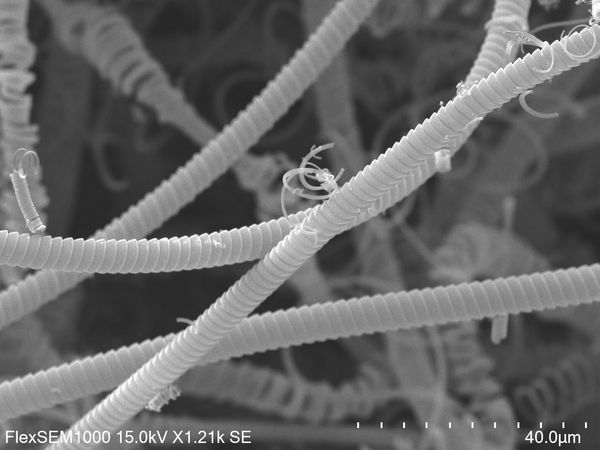 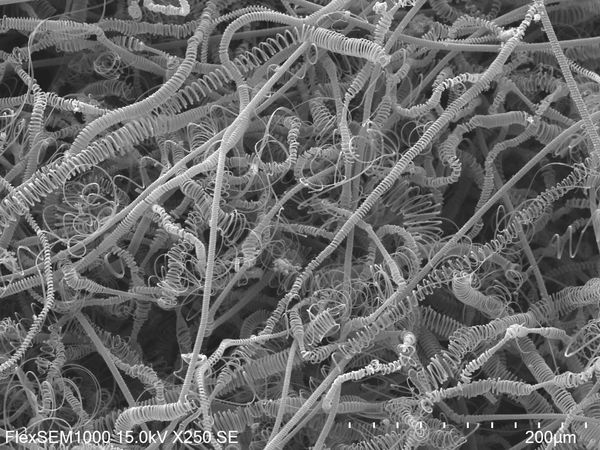 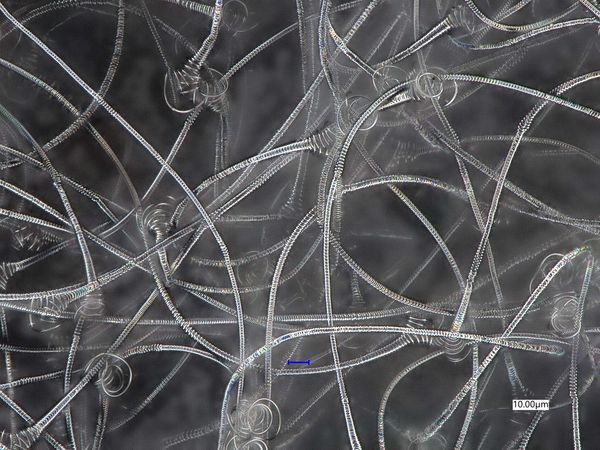 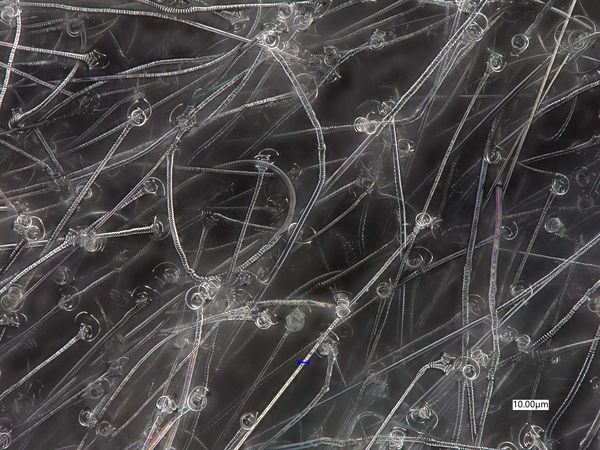